Staying fit can be a very inexpensive hobby, or one that you can make significant investments in.  For example, you can buy a pair of good shoes and running shorts and start jogging, or deck yourself out with the best and most expensive gear.  The same goes for the running watches on the market today.

One thing that is proven to be important for any training regimen is tracking and varying your pace and distance, and that is where a watch comes in.  Today’s running watches range from the basic — a device that will track your time, distance, and maybe a few other things, to extensive — a device that will pretty much change the way you workout and can be used in conjunction with many other “smart” workout devices, apps, or programs.  Which you choose depends on your budget, your workout goals, and the reason you are buying a running watch in the first place.

Factoring exercise into our lives requires a slightly different formula for everybody, however one thing holds true:  We are all becoming tech savvy and manufacturers have been developing new tools to help us to meet our fitness goals whether that includes losing weight, running faster or in improving our health. Fitness or running watches are increasingly recognized as valuable tools to help us with these aspirations, but which model should we buy? Most people have heard of Fitbit, which provide a great range of watches, Apple has a good range with a loyal customer base, as do Garmin with their Forerunner range and these three are arguably the market leaders, There is also the lesser known Wesoo K1 watch in the low price range and is considered useful in helping users increase their physical activity.

There are dozens of running watches on the market today, but in our opinion these are the ones you need to know about: Best for mainstream runners and cyclists.  Garmin has been producing fitness watches, their Forerunner range, which recording physical activity and achievements since 2003 and offer a phenomenal range of products. These have a good market presence but have not been as active in promoting their products compared to other brands such as Fitbit or Apple. Garmin’s range is impressive, with interchangeable wristbands, most of which are quite stylish. Garmin fitness watches tend to be designed look more like a traditional wristwatch, but a lot do have a modern look befitting the 21st century. The Garmin Forerunner 35 is particular popular because it has an attractive price and provides more than enough features for those wanting to record physical progress and fitness.

Garmin also offers the excellent Fenix line — the Fenix 3 and Fenix 5 are both excellent fitness watches.  We likes the Forerunner’s purer running capabilities, larger display, and lower price tag, but don’t rule out the Fenix lineup.

The Garmin Forerunner 35 uses the GPS network to record how far, how fast and where you do your running. Its tracking features count stops, calories burned and how intensely you are exercising. For instance, it is able to instantly determine whether you are running or walking. The Garmin Forerunner 35 uploads to Garmin Connect that connects to your phone or tablet via the mobile app or to your desktop computer to provide details about your progress, users can also join challenges and compete with others over this network. This device also will notice periods of inactivity and vibrate to remind the user to get moving.

Its wristband records heart rates during the day and night and can therefore also track the quality of your sleep, which is becoming a standard feature with a lot of running watches. Users can detect when sleep is broken and how often, which could be useful for helping ensure long term improved sleeping patterns.  Find here. Best for all-day-and-night use.  A direct Fitbit equivalent to the Garmin Forerunner 35 will cost considerable more. How much, however, will depends on what the user requires from their running watch. Most of Fitbit’s products are wristbands, and most have a face that is now being replicated widely by lesser known manufacturers. Their slim stylish black face with a very modern look that many runners appreciate. Some Fitbits though, do have traditional watch faces for traditionalists.

The Fitbit Charge 2 Tracker is a dependable and popular device. Fitness data is displayed when the user taps the screen. It has a heart rate tracking facility, multi-sport modes, guided breathing session programming and can be set with a reminder to move to achieve at least 250 steps each hour. This device is capable of tracking running, biking, weight lifting and provide statistics on the display screen in real time. It will also track steps, distance travelled, calories burned, active minutes, floors climbed, hourly activity and down time.

Post workout data can be found on the screen and in an app for smartphones and it has a battery life of up to 5 days. All Fitbit devices are compatible with both Apple and Android smartphones.

The Fitbit Charge 2 monitors heart rate during both the day and when the wearer is sleeping. Like most fitness trackers it can identify times where your sleep is broken or disturbed.  Find here. Best for Apple junkies.  The Apple Watch Series 3 Cellular, like most Apple products, does not come cheap, and requires a compatible iPhone service provider in order for you to enjoy all its features, which are many. It is an incredible device. Phone calls and texts can be made directly from this watch, and it operates as a traditional watch by providing accurate time. As a fitness tracker is has built in GPS that measures your workouts, is water resistant up to 50 metres so can also evaluate your swimming activities. It can track all types of physical activity – running, riding, walking and step counts. Its altimeter can count the number of hills both climbed and descended.

The Apple Watch Series 3 can also measure a user’s heart rate accurately and the number of calories burned. It can connect to electronic calendars and schedules on various devices.  Perhaps that is the biggest selling point of going with the Apple Watch — it is so much more than a running watch — and of the ones on this list, the one you are most likely to wear all day long.  This technology also allows connection to compatible cardio equipment, something that is become more of a consideration in the day and age of smart workout equipment.  Find here. Best for budget runners. As an alternative to these more expensive running watches is the Wesoo K1 Fitness Watch, which is only available for purchase online. It can track steps, distance, calories and activity time. It can also monitor sleep quality. For most people that may be enough to help them increase physical activity and the data available provided by other running watches may be interesting but not imperative for sustained improvement in achieving a healthy lifestyle.

For people on a tight budget, this watch is worth a try.  You won’t quite get the sport-specific functionality of the Garmin, or the versatility of the Apple Watch, but it is far less expense than the others.

The Wesoo K1 also provides notifications regarding incoming calls, alarms and provides an alert to encourage movement during periods of low activity. It is IPX7 water It is compatible with Apple and Android phones and comes with a 2 year guarantee, something which confirms its manufacturer’s confidence in their product.  Find here.

How Much do I need to Spend on a Running Watch?

The good news for most runners is that today’s running watches fit all budgets.  Obviously, the more you spend, the more you get.  It is hard to say that you need to spend X dollars, without knowing your goals and how you plan to use the watch.

If you are simply looking for something to track your distance and time, you can get by with a pretty cheap watch.  $30 – $50 should be your budget if you want the most basic of running watches.  Just make sure that you get something that will have an intuitive user interface (e.g. you should not have to fumble around for a simple timer or distance feature) and that the battery life will suit your need.  Remember that batteries perform poorly when cold, so fact that in if you do lots of colder weather runs.

If you are looking for something that can track things like speed, average speed, heart rate, as well as time and distance, we recommend going for the $100+ range. We think a watch is still superior to a phone for tracking your runs.

If you need something that can be way more than a watch — a sophisticated training buddy as well as an all-day wearable, don’t be afraid to open up the purse strings and perhaps spend $200 or more.  It might seem like a lot, but if helps you improve your health and fitness, it will be worth it.

You should also remember that these days running watches make pretty good all-around watches. There’s no need to purchase a watch just for running. Instead, it’s best to pick a running watch that you like enough to wear all day. This way you aren’t shelling out on a watch for running, but on one for life. In which case, spending a bit more is easier to justify.

We wouldn’t suggest overspending, but instead that you remember this device is not necessarily just for the few hours a week you spend running. There’s an added plus in wearing your running watch all day. Every time you look at it you’ll be reminded of running, which means you’ll be more likely to do it more often. The more often you run the healthier you’ll be, and the more you’ll want a good running watch for tracking your times.

What About Using My Phone Instead?

Today’s phones, with the ability to integrate activity-specific apps, can be a great way to track mileage and speed.  There is just one problem:  They are clunky.

Sure, you can tuck a phone in a pocket, or mount it to your shoulder or arm with an arm-band.  We don’t like doing it for a few reasons:

If you decided to use a phone to track your distance and pace, you will want an app like the Nike Run app or MapMyRun.  However, we are purists, and we think the simplest, most elegant, and most effective device is still a good old running watch. 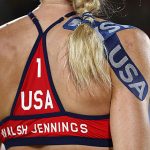 How To Use KT Tape 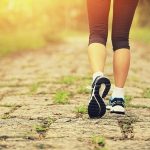 Related Articles
We will be happy to see your thoughts

The Difference Between Compression Shorts and Bike Shorts 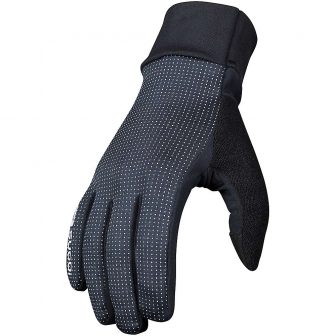 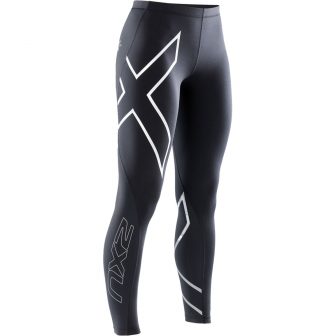 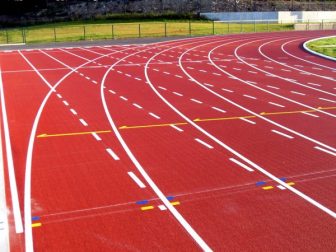 How to Find a Running Track Near Me 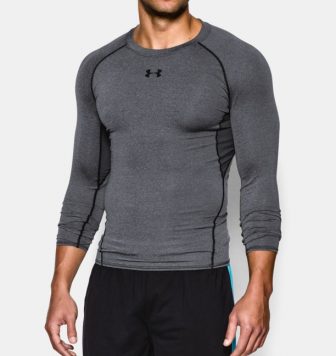 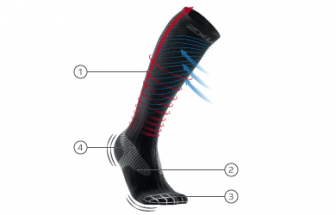 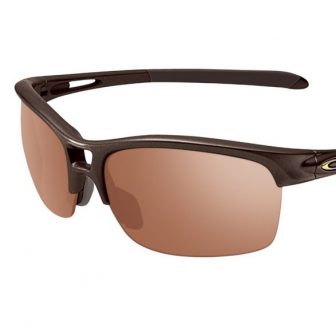 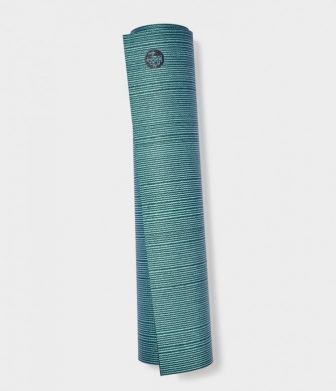 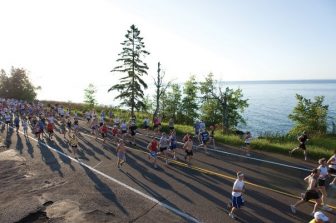 Best Running and Cycling Race in Each State 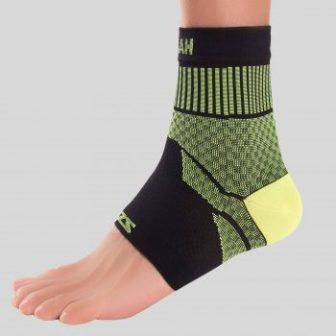 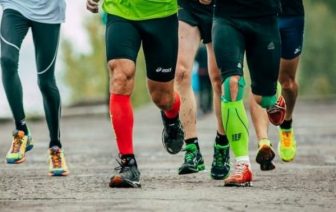